The EU just de facto ignored Hungary’s veto on a statement on Israel, prompting questions on how it makes foreign policy decisions.

Hungary objected to the EU statement at the UN Security Council (UNSC) in New York at the last minute on Monday (29 April).

But Finland read it out anyway at the UNSC meeting, in a game of protocol niceties laced with irritation.

The Finnish ambassador to the UN, Kai Sauer, said: „I have the honour to speak on behalf of …“ the 27 EU countries which he listed, omitting Hungary.

But his subsequent statement used language that made mockery of Hungary’s opinion.

„The EU expresses serious concerns about the current trends … threatening the viability of the two-state solution,“ it said.

It also spoke in the EU’s name on Israel’s use of live ammunition and to urge good treatment of a human rights activist called Omar Shakir.

Finland read out the statement on grounds it will take over the rotating EU presidency from Romania in July.

Romania would normally have done it, a Finnish diplomat told EUobserver, but did not do so because the sitting EU presidency ought to speak on behalf of all 28 member states.

The protocol games aside, the EU statement came amid „irritation“ with Hungary, diplomatic sources said.

Hungary raised its objection at the „very, very last minute“ and did not give a reason why, an EU diplomat noted.

The final outcome was „a temporary pragmatic approach“ due to „Hungarian intransigence“, a second EU diplomat said.

Hungary’s ambassador also gave no reason for the veto at a follow-up meeting in the EU Council in Brussels on Tuesday, in behaviour described by a third EU source as „arrogant“.

And Hungary’s EU mission declined to comment when asked by EUobserver.

The UNSC veto marked the fifth time that Hungary torpedoed a public EU statement on Israel in the past two years.

It sometimes acted with pro-Israeli EU allies, such as the Czech Republic, and sometimes alone.

The Israel clashes come amid Hungary’s wider drift from EU norms – Hungarian leader Viktor Orban has boycotted EU decisions on migrants and faces an EU sanctions procedure for abuse of rule of law at home.

The clashes also come amid a debate on deeper EU integration versus the power of national capitals.

And they come amid infighting between older as well as newer EU members – Italy recently vetoed an EU statement on Venezuela and threatened to block Russia sanctions.

EU foreign policy is meant to be agreed by consensus, but the European Commission has proposed to introduce majority voting to help it „speak with one voice“.

The change could be made, the commission said last year, by invoking an obscure „passerelle“ clausein the EU treaty – Article 31 (3), which lets the EU „further extend qualified majority voting in common foreign and security policy matters, if member states unanimously agree to do so“.

The idea was anathema to Hungary and Poland, which, like Hungary, has also boycotted EU migrant decisions and also faces a sanctions procedure.

But the two most powerful EU states – France and Germany – backed the move.

Some medium-sized countries, such as Belgium and The Netherlands, also voiced a positive attitude.

The handling of the UNSC statement on Israel indicated that the EU majority is now moving in that direction.

The Finnish diplomat told EUobserver that Helsinki, for one, was open to „having a look at qualified majority voting [QMV] on foreign and security policy“.

„It [the UNSC fiasco] certainly brings to the fore the need to have a substantial discussion on QMV in the field of foreign policy,“ another EU diplomat said. 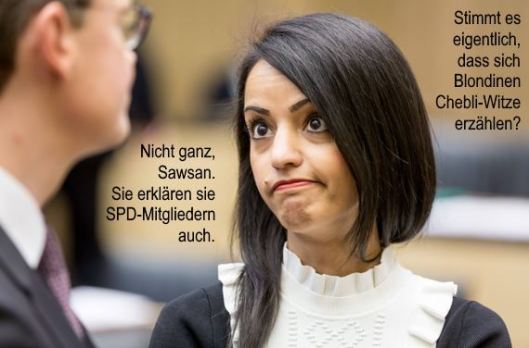